Facebook to file for IPO on Wednesday, Feb 1st

Mark Zuckerberg, probably one of the coolest people on the planet, is about to become the 23rd richest person on Earth.

The Wall Street Journal is reporting that Facebook Inc., the world’s uber giant social-networking site, is aiming to file for its IPO as early as Wednesday, February 1st, 2012, though timing of the filing is still being discussed and might change.

The company is discussing a valuation of $75 billion to $100 billion and the IPO would provide funds to help Facebook maintain its expansion and fend off competition from Internet rivals such as Google and Twitter Inc. The company has discussed raising $10 billion in the offering, and supposedly, Facebook plans to set its price at the low end of the valuation range to entice investors and ensure the stock rises after the IPO.

Morgan Stanley and Goldman Sachs are rumored to be orchestrating the deal.

The hype behind Facebook’s IPO is huge, but is it worth it? Social media IPOs have not faired well in recent times. In fact, something around 80% of such IPOs are now trading below their offering price or near it (Groupon comes to mind). Furthermore, when you invest in a company, you are banking on their potential to grow. Can Facebook possibly grow any bigger? Perhaps, but I think they are very close to maxing out on growth (users).

However, the stock does look promising. Facebook’s hype is HUGE as I mentioned, so especially if they do end up employing the strategy of pricing low at first, many people will partake in the IPO, thereby driving up the price. There has also been a lot of work on top line revenue growth which is projected to gain some traction (though many people would never pay a dime to use facebook, they are finding other avenues, such as advertising, to capitalize).

Will you be buying (stock price is speculated around $40)? Despite the cautionary flags, I am a Facebook fan, and I do have a strong inkling Facebook will take off just like Google did when it first IPO’ed, so yes, I will be drinking the Facebook kool-aid and will purchase a few shares. I just won’t be putting my life savings into it.

I recall the moment I found out Ursula Burns had been promoted to CEO of Xerox Corporation like it was yesterday. As one of the very few African American women at the top of the corporate ladder, I had long admired Ms. Burns. Finding out she was going to become the first African-American woman to run a Fortune 500 company came as great news to me, almost sort of like an adrenaline rush. As cheesy as it may sound, I recall breathing a sigh of relief  and saying to myself, “the ceiling has been broken..”.

But it would take 2-3 years before another African-American woman would successfully break that ceiling as well. 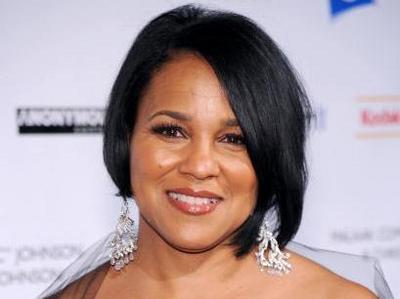 Yesterday, Walmart announced that Rosalind Brewer has been named CEO of Sam’s Club, making her the first woman and the first African-American to hold a CEO position at one of the company’s business units.

Career wise, she has held various positions at Kimberly-Clark where she initially started as a scientist and worked her way to becoming a VP. She joined Walmart in 2006 as VP of Georgia Operations and became Divisional President for the Southeastern Operations. In 2011 she was promoted to EVP and President of Walmart East Division were she was responsible for a $100 billion book if business. And now, she has been named the CEO of Sam’s Club.

Mrs. Brewer is a force to reckon with indeed! 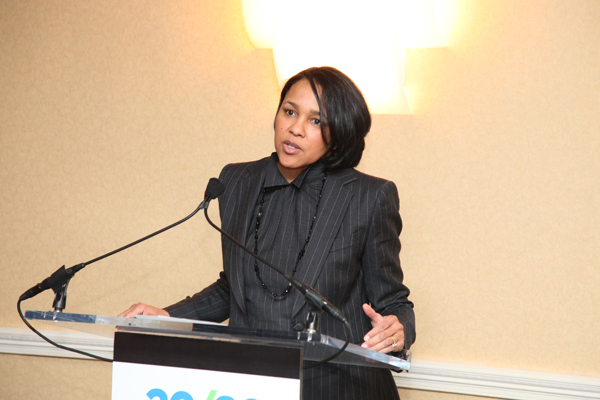 I am incredibly proud of what she has and continues to accomplish and I hope her appointment serves as an inspiration to women (not only African American), that the ever so elusive CEO position is attainable after all. 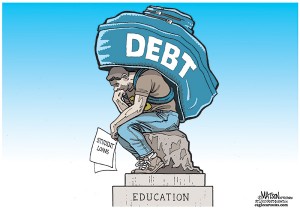 Not quite the forgiveness of student loans that the petition floating around the web is calling for, but some relief may be ahead.

I’m going to wait until this goes in effect first before I pop the celebratory bottle of Apple Cider. 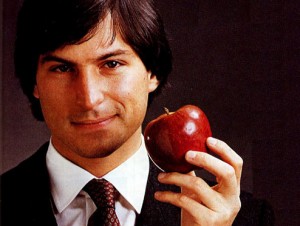 “Your time is limited, so don’t waste it living someone else’s life. Don’t be trapped by dogma — which is living with the results of other people’s thinking. Don’t let the noise of others’ opinions drown out your own inner voice. And most important, have the courage to follow your heart and intuition. They somehow already know what you truly want to become. Everything else is secondary.” – Steve Jobs.

Genius, innovator, teacher, mentor, trendsetter, visionary, inspiration and much more. We lost a great one today, but his legacy shall always live. Thank you Steve Jobs, for everything you were. You shall greatly be missed.